Got up at 04:40 AM. Not unusual for a tourist, but a first for me during this vacation. Caught the first train out of Rouen to Paris. On the way, I remembered seeing a large poppy field next to a railway station. In a short while I spotted the field and got down at Val De Reuil station right next to the field. Made a short walk to the edge of the field and took a few snaps. I would later learn that the snaps came out terrible due to poor light (great light actually but I didn’t have my tripod with me).

If you are discussing the banes of France smoking should be at the top of the list followed by graffiti. Almost everyone who can hold something steady in their hand smokes. Everywhere. As I was waiting for the next train to Paris after taking a few snaps of the poppy field, an Algerian guy approached me seeking a light. I had none, but struck up a conversation anyway. He then walked all the way across the station, climbing the over-bridge, to get a lighter from someone. He offered me a cigarette and informed it was hashish! I politely declined the offer and moved to the next stall. You don’t want trouble with the law being a tourist. Not that I smoke, but that was exactly my thoughts. Moments later the next train to Paris arrived and I found my way back to the dorm. 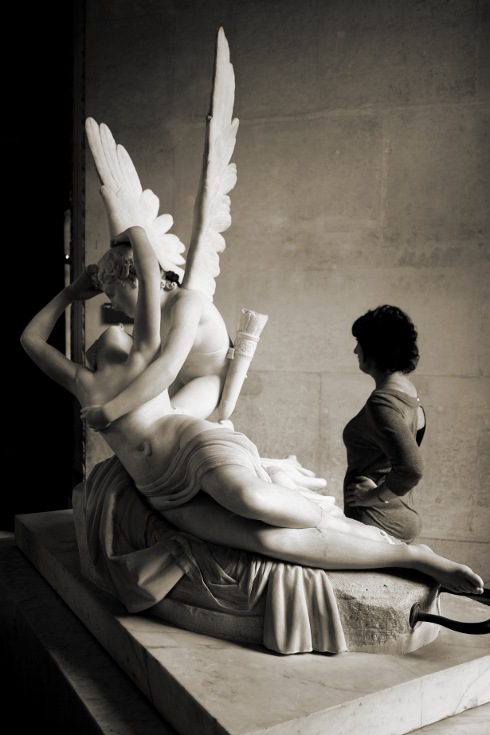 I started the museum run in earnest today. If you know nothing about the Louvre, you have probably been living under a rock since birth. It is the most important museum in the planet today. It is definitely not the most enjoyable museum, not even in Paris. That honor should probably go to the Orsay. More on that later. I knew I wouldn’t be able to cover the Louvre, even if given a week. I was focused on two things: the Mona Lisa and Venus de Milo. They were prominently labeled with directions from all over, and once I got these two out of my way I took a leisurely stroll around the other galleries. 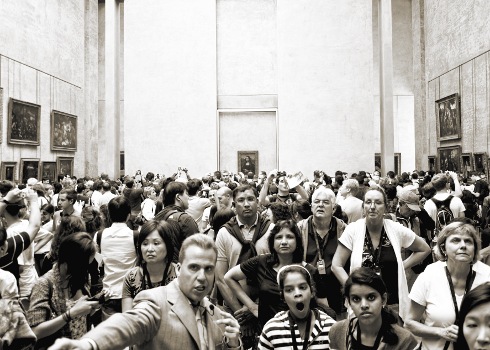 If you want to describe the room that hosts the Mona Lisa in one word, ‘mad’ would qualify. People jostle so much for space to get a glimpse of the grand lady. Taking a photo of yourself in that room would be one of the top 100 things to do before you die, if you can get someone less distracted to help you with the camera. You walk out of the room and people do not pay any attention to Da Vinci’s own quarter of the Italian gallery. If there is something called art fatigue, you would be afflicted by that in the Louvre. When people say it is a large museum, it is an understatement. It is massive. I took a snack break at the Mollien, located on the terrace of the Louvre. Enough said about restaurants, I guess you don’t get bad food in France except for the breakfast at the hostels. 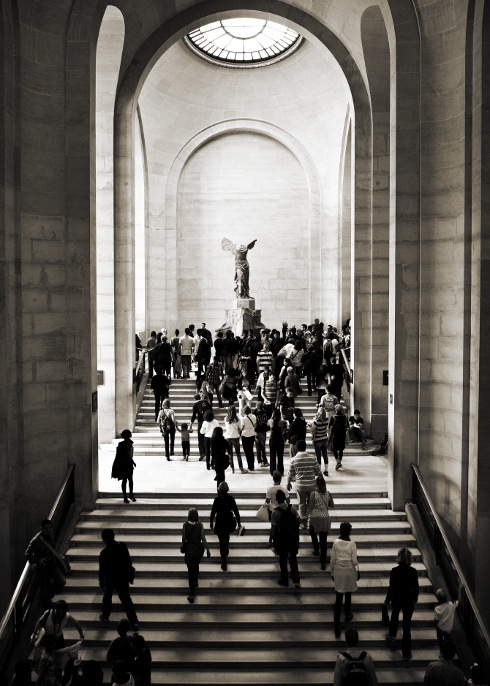 Next stop was Musee de Orsay. It is an old railway station converted into a museum. It hosts the modern art collection in Paris, and of course it is not the only one. Every minute you spend at the Orsay is unforgettable. If you actually want to visit one museum in the world, within a few hours, make it to the Orsay. You could visit the Louvre and claim that you had seen a brown tinted version of the Mona Lisa from 6 feet pushed around by hundred tourists or you could visit the Orsay and claim that you had stared at a Van Gogh for hours together trying to figure out the brush strokes and the play of post-impressionist colors. I would go for the later. And then it also has an enviable collection of paintings by Monet. Every piece of art gets the kind of attention it deserves. If you like color, the Orsay is the place to be.

Woke up the next morning and received one of the most distressing calls in recent memory. Learned that MF Husain had passed away after a brief illness in London. I am fortunate to had been his friend for the past year and have great memories discussing art and social issues. He has this playful way of asking questions to gauge your way of understanding a problem before he put across his views. He was so hopeful of visiting India sometime in 2011. When I think of some of the difficulties he has had with the courts in India, I feel India has failed terribly as a nation. It lost the big picture, focusing on petty issues and exploiting Hinduism’s greatest gift to mankind. The country is one mother-of-all-slum. 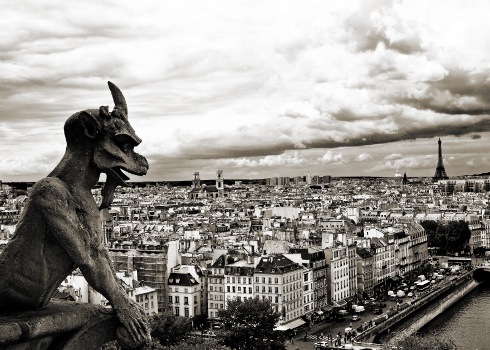 Visited the famed Cathedral de Notre Dame of Paris that was popularized by Victor Hugo’s Hunchback of Notre Dame. It is like French food, glorious in every way but which other cathedral in France isn’t? I lit up a candle in the cathedral in memory of all my loved ones and left to the dorm. I had a train to catch.

I had booked the evening train to Rome that leaves from Paris Bercy. After lugging two suitcases and a laptop bag all the way across Paris through two connecting trains, I arrived at the Bercy station five minutes past the departure time. I checked the platform and ran to the the platform watching the train just pulling away. A gendarme crossed his hands like a dead man’s sign and told me that the train had left. I took the queue to redo the booking, sweating and tired. When I reached the counter the clerk informed me that the train hadn’t left and was still berthed to the platform! I had read a ‘U’ for a ‘V’ and that was the confusion. Little did I know at that time that the train was operated by TrenItalia (Italian Railways). Not to be too harsh to the Italians, I later learned that there was a fire somewhere in the mountains and the train was delayed. We would take a more picturesque route and reach Rome late by 5 hours. There went one whole day of my short two-day Roman holiday. To compensate for everything, the journey was probably the best I have ever had by train. If you want to have the best companions during your trans-European train journeys, travel on a Friday evening. You will have none of those bored executives who would open up their laptops and fail to utter a single word for the whole trip.

Looking back, the visit to France was one amazing journey. France provides a glimpse of what we can achieve at our creative best. Paris is one living museum built to be  visited and experienced.