A few weeks ago, I took a drive to nearby Simaisma, a small seaside hamlet well known for crab fishing. The water is just waist-high for a long stretch and the local fishermen go hunting for crabs equipped with just a torchlight and a floating box tethered to their waist to hold the catch. I was wearing a jumper and a wind-cheater to protect from the cold winds and the fishing folks were just in their light trousers and shirts, perfectly all right. I went there to take a few snaps of the last full lunar eclipse of this year. I did capture quite a few snaps of the moon, emerging over the horizon, a fiery red-orange as it was completely in the shadow of the earth, lit by rays strayed by earth’s hazy atmosphere. The moon then got a sliver of sunshine that grew gradually to cover the entire surface. It was a wait worth it, particularly away from the city in chilly conditions. I chose a fishing jetty that protruded into the sea to pitch my tripod. 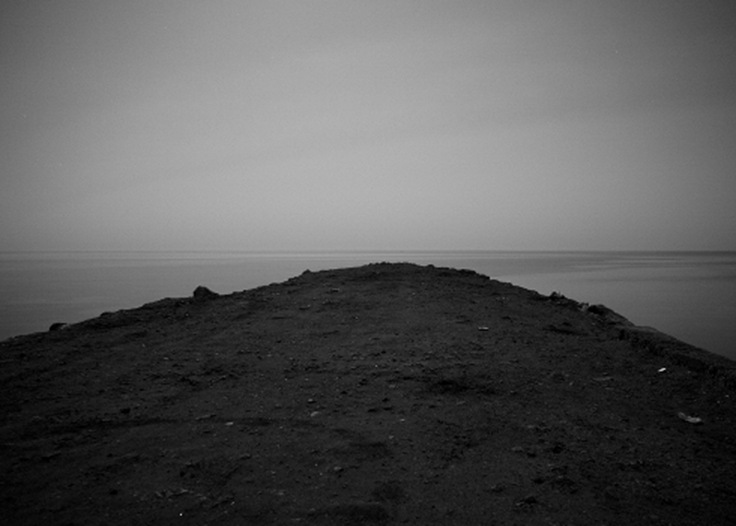 The above snap was captured in the prevailing moonlight with a long exposure. A few Sri Lankan folks working in the city chose that particular day to try fishing by the sea and returned back empty handed. Nothing was biting and it looked like low season for fishing. 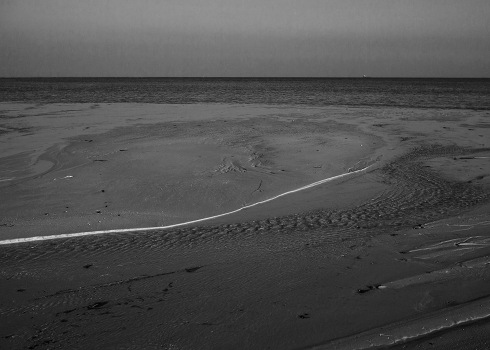 A couple of days ago I accompanied one of my friend to Al Wakra, another town close to Doha. The mission this time was to photograph the new ‘cultural village’ that is under construction on the beach. There were water lines in three different colors running all around and the place was a mix of retro-chic that is being built and plastic refuse that is part of the construction industry, which will be removed in due course. We started focusing on the sea and the beach.

Wakra is on the east coast of Qatar and it was evening time, so the sun was casting long shadows on the beach due to the slope. Since it was a construction zone there was no one on the beach, the workmen were all busy inside the work area. This gave us plenty of time to explore the beach and shoot from different perspectives.

A pipe had been laid to drain water from the construction site to the sea. Sadly, some sand has got in to the line and the drain had stopped working, probably a few days ago. We could see the water spilling and taking an alternate route all by itself. The drain had recorded the last minutes of its working life as a beautiful sand sculpture.