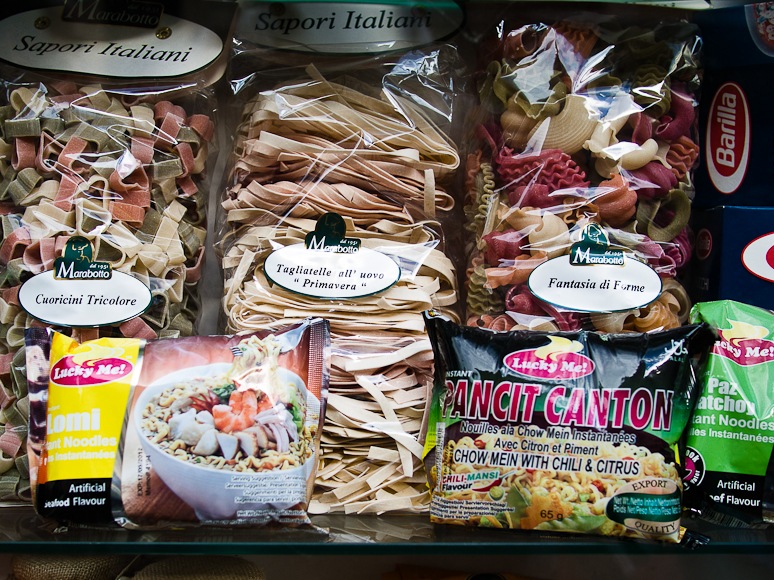 The trip to Italy for the Eid holidays was planned in a matter of a week, thanks to the Internet, particularly Expedia. I haven’t booked a ticket through a travel agent in almost 5 years. I only use their service when someone else in the family is traveling and I need to authenticate my credit card. I know now that Tuesdays are the best days to book tickets and weekends are actually the worst to catch a deal. Never book your tickets on a weekend unless it is really urgent.

We landed in Milan simply because it was the cheapest destination to fly for the season from Doha. The weather was great most of the time. It was comfortable and times sunny and warm. Most of the drizzles tended to follow us while were in the vicinity of the Duomo, which is another name for the largest church in the city. In France it is almost always the Notre Dame in every city and in Italy it is the Duomo. Just land in a city and ask directions to the Duomo and you have seen half the city. Almost everything important is situated around the Duomo. Of course, not in Milan. Milan is probably the only city that straddles retro chic and modern industry successfully. None of the great American cities have a history. You would have someone in your family recounting all the history through some of your own relatives. Not in Italy. And Milan is a real manufacturing powerhouse, you can see it when you see the Chinese. You don’t see them in cities that has no industry. You can see Milan trying to balance Pasta Primavera with Pancit Canton.

It is really impossible to escape from the view of The Lord in Italy. You would be reminded in every corner that Italy is Catholic. The art that elevates the stature of the religion to omnipresence is gorgeous, in every nook and cranny. One of the things that really bothered me was the insane amount of graffiti in the city. I haven’t seen a city decorated so elaborately with graffiti. No wall was immune. 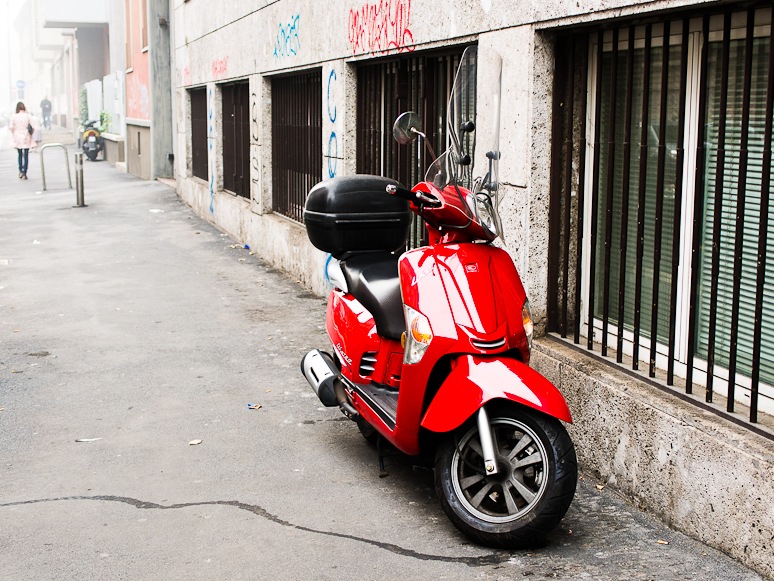 No picture of Italy would be complete without the much clichéd Vespa. I couldn’t stop clicking a picture when I found this red scooter (not a Vespa) parked neatly in the side of a walkway. Italians really love small vehicles and half of all the small cars in the world are probably sold in Italy. In the whole two weeks we managed to spot a single Toyota Prado.

When we visited the Duomo on the second day of arrival, the weather played nice and it was cool and comfortable. The square where the Duomo is located (Piazza in Italian parlance) is one of the most admirable urban spaces ever built. The shopping malls try to compete with the cathedral for attention. Of course there is clear daylight between the two. The Duomo has taken over five centuries to complete and it shows in every single stone. In terms of general architecture, all the cathedrals in Milan look the same. A triangular top with sloping roof and a facade interrupted by three or five arches. You don’t feel that in the Duomo because it is so intricately carved that it takes eons to close an open mouth.

The customary climb up the stairs of the Duomo rewards you with a fantastic vista. The mist was yet to clear and we had a fantastic view of the city. Except for a few skyscrapers (Pirelli being a famous tower), the city is dotted with bell towers and the domes of churches all over. 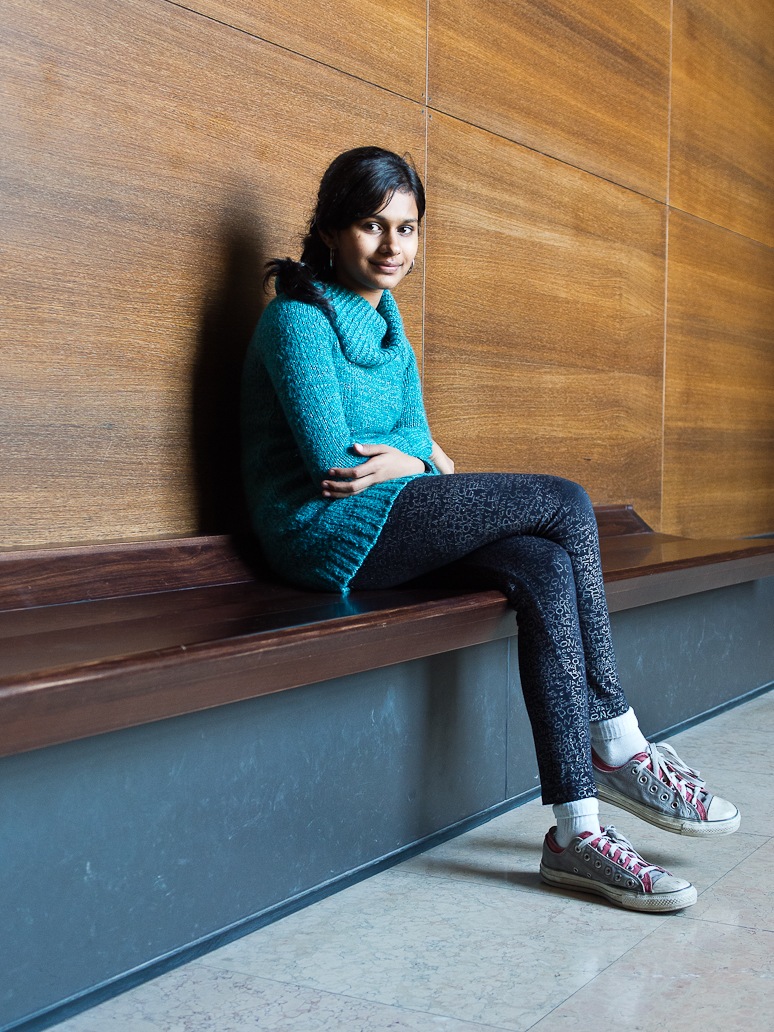 I have so far avoided posting pictures of my family, with my son being the only exception. I realize that some of the most enjoyable images I have shot feature my family and I would not be sharing almost half of my work if I don’t share these pictures. Europe is a fabulous place to shoot portraits (using natural light) and the Italians have some custom settings done in terms of large windows that let bucketful of wonderful light and an unbelievable decor. This portrait was shot in the museum located in the Sforza Castle. The bench with a beautiful wood panel was designed just to view the world through the window. There was nothing else in front of the bench! 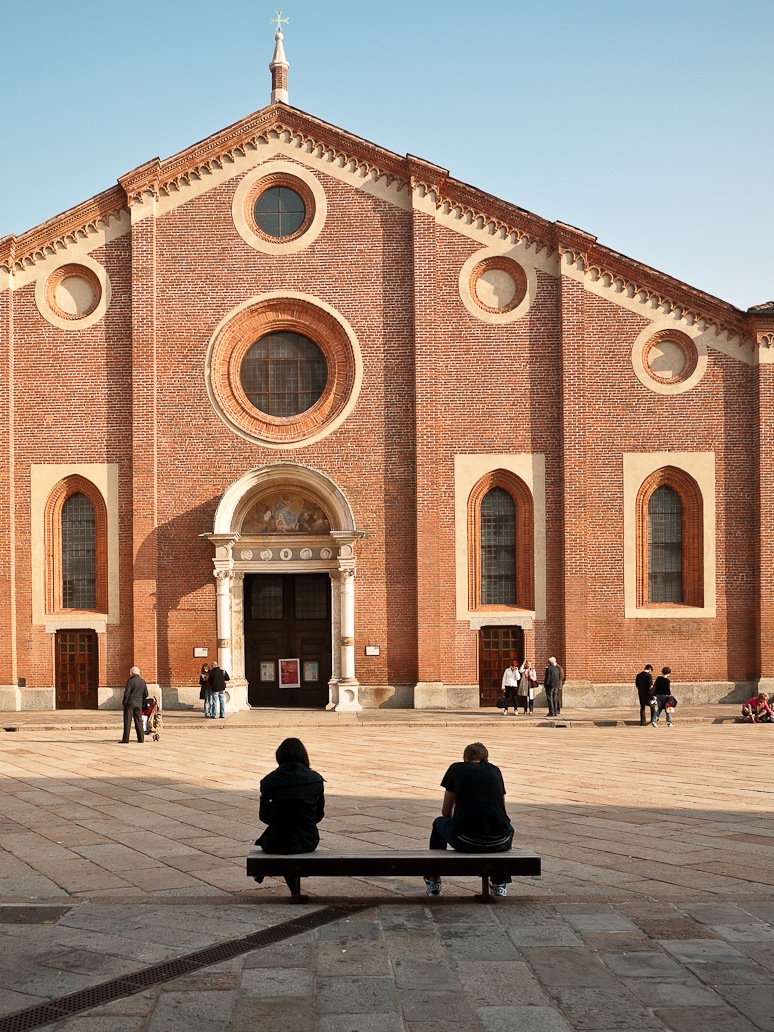 If you plan it right, one of the highlights of a visit to Milan would be the visit to Santa Maria Della Grazie to see the Last Supper, painted by Leonardo Da Vinci. Thanks to Dan Brown, the viewing of the fresco is limited to 25 people at a time and for only 15 minutes. The tickets are not expensive but they sell out months in advance. I booked my ticket (along with family) through Tickitaly at a premium of four times. The experience is really spellbinding. The Last Supper is not the image I will always remember from this trip. My lasting memories would come later. From Florence. I tried to buy a print of the Last Supper, but none of the prints had the brilliance of the real fresco, particularly the white and blue sky behind the window. There is actually no window. The perspective of Leonardo’s painting is so perfect that you think there is actually a window. 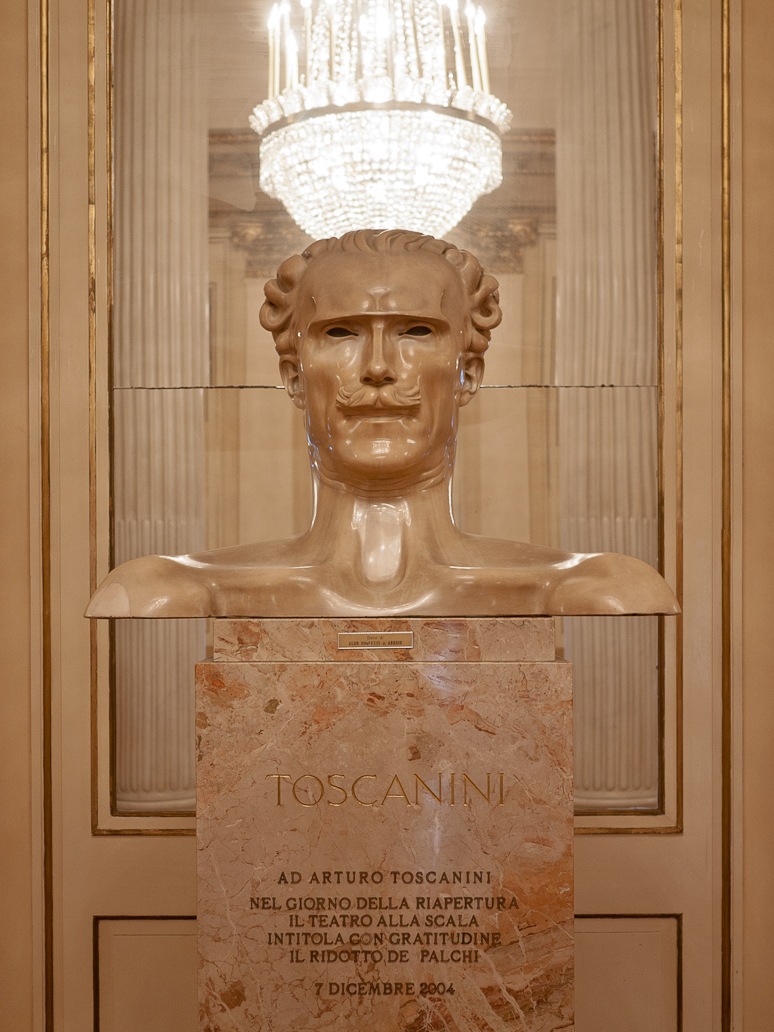 Shuddering under the weight of limelight, Milano, Fall 2012

I tried my best but couldn’t do the same trick as The Last Supper with La Scala. The temple of the Opera opens sale of tickets for a performance two months ahead of the show and all the tickets sell out the same day! This has been the history for the past so many years. A visit is nevertheless mandatory and it is easy to stand in the red velvet-lined balcony and imagine La Divina shred the orchestra to pieces. La Scala had a very simple decor!! I am just comparing it to Opera Garnier, Paris. But the decor is impeccably styled. Very simple and time-tested combination of marble, gold, cream, and red. These are probably the only colors you would see in the building. It is so easy to forget yourself and get transformed to a different time. The library of the opera house is another fabulous place to forget yourself.

The Milanesi (people of Milan) are impeccably styled. These were the only ladies in red in the entire frame and so I decided to leave the color on them during conversion.

The effect of the Eurailed economy was in plain view everywhere. Demonstrations were happening almost every other day near large landmarks and many times we could hear the slogan shouting. In Italian, of course. Lots of graffiti was dedicated to debt and Euro. It was a stark reminder that the holidays were short and much hard work is ahead of us all.