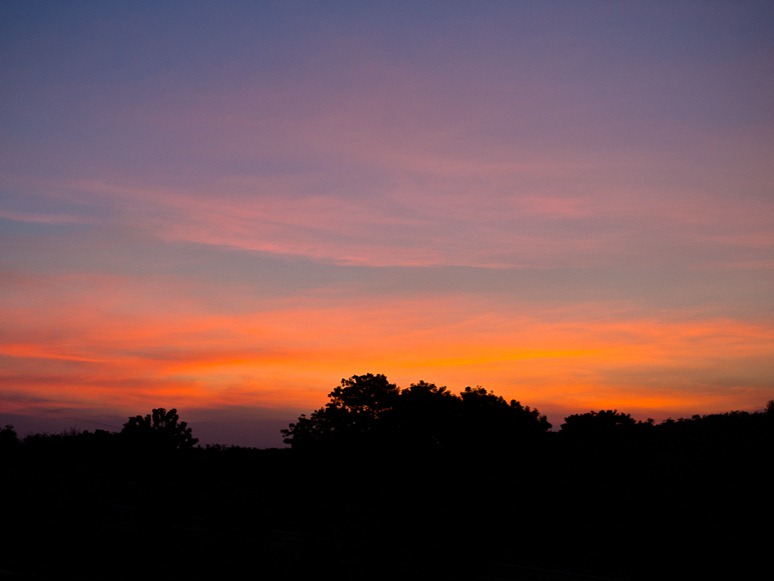 I came to India for this vacation after participating in a week-long art fair. For the first time I exhibited a small selection of my photographs to the public. All my photographs were black & white images and most of them about Qatar. I had a few interesting conversations with visitors who seemed to appreciate some of my photographs. More than any of the viewers, I met interesting artists who displayed their work. Most were very open and forthcoming about their work and the influences. Of course I couldn’t manage to get to talk with everyone in depth. Some, who appeared to be snobbish, actually turned out to be delightful! It is the presence of these artists that made me wake up and go to Katara that whole week.

Yercaud is a small hill station located about 25 kilometers from Salem, a mid-size town in Tamilnadu, India. We reached Yercaud on a evening. As the sun set, the sky was ablaze with a burst of colors – from blue through mauve to orange. The bright sky cast the roadside trees as dark silhouettes. After an anxious hour navigating 20 hairpin bends (we have an extremely vertiginous family) we reached Yercaud.

Our stay was at the Regent Hillside resort run by one unforgettable Vishu Kaliappan, who would rather like to be called as Sweet Rascal (he didn’t tell me that, I kind of guessed). He belongs to the popular Modern Theatres family. Salem used to be a hot spot for film production when the medium established itself. His story would fill a series of posts, if attempted. He likes to be bold and edgy within the limits permitted by his retro property that was built in the 1860s. It is a place that you would love if you like a relaxed retro style. One thing is that it has authenticity. The whole place is handcrafted and you can see Vishu’s presence in every bit of the place. Later I realized that you could feel his presence everywhere in Yercaud. He has plastered his name in almost every nook and corner with funny but thought-provoking messages all over Yercaud. Yercaud is a place for relaxing and taking the days in weeks not in hours. 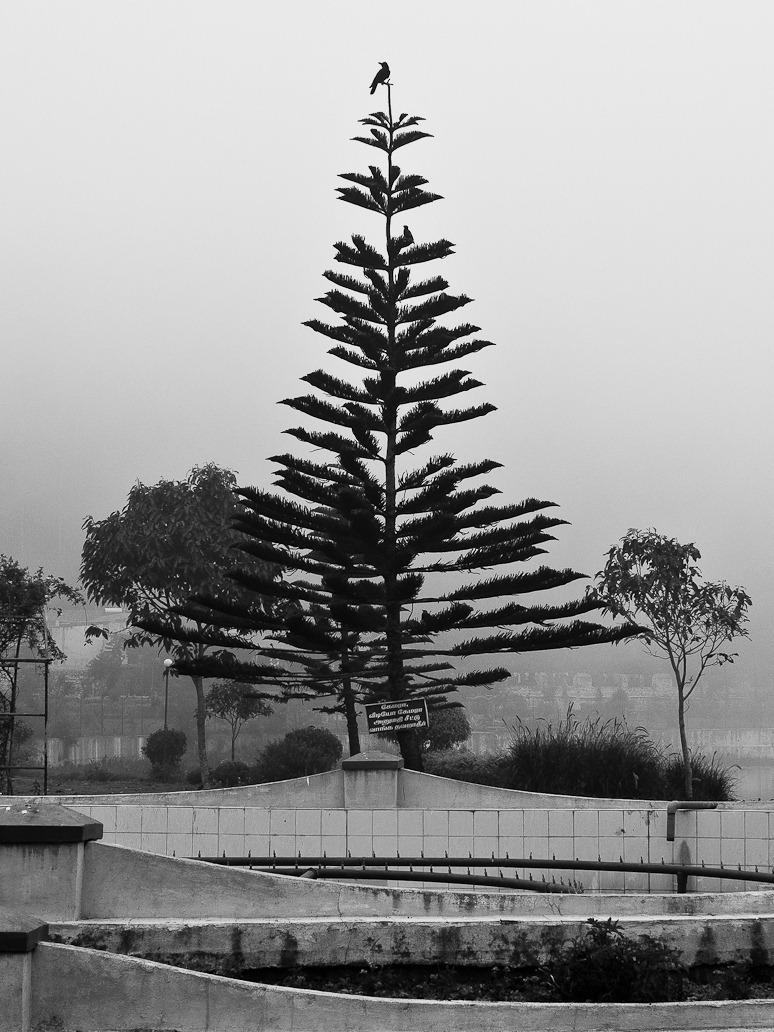 The Not so Lone Ranger, Yercaud, December 2012

We did the usual round trip. Boat ride in the lake. Cycle ride around the lake. Long lazy afternoon spent vacantly staring at the lake. During one such stroll I saw this raven at the top of a pine tree.

The weather was cool and chilly at times. When it drizzled a little bit in the mornings, you feel like you want to stay in your bed for a little longer. And when you decide to get up, you need a little bit of a stretch to warm up the muscles and get them to work. I found this dog stretching out and ready to start its day on the street.

Yercaud, like any other tourist spot in India is teeming with dogs. Rarely you see a stray dog that is so adorable you want to take it home. Today was one such day. This mom had a small litter of pups and the family was having a great time with all the attention of the tourists. She then posed for me on an elevated entrance platform. 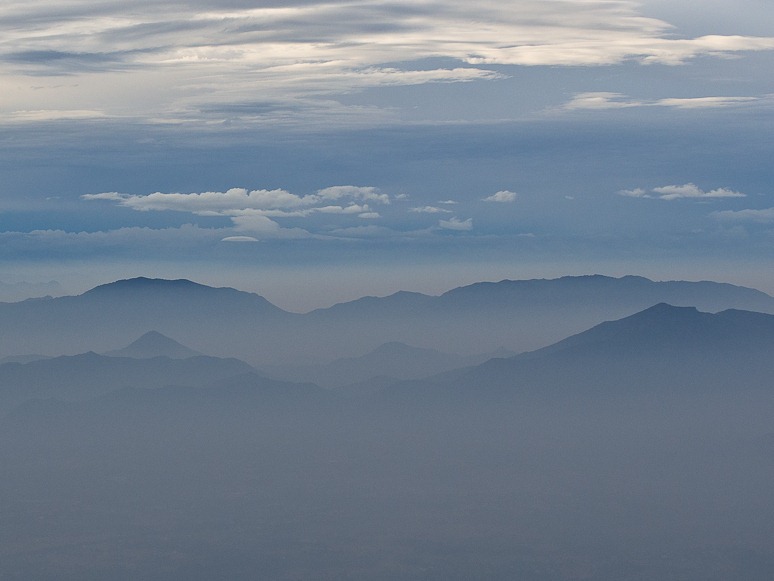 Sunrise over the hills in Yercaud is a standard attraction for all tourists. We paid the customary visit to one of the view points. The sight of sunrise over the hills was breathtaking. The air was generally clear and the mist hanging over the distant hills conveyed a feeling of depth bordering on the surreal. You could just imagine that you have walked into a Chinese painting. The above picture is a choice crop I made of a larger frame. These days I shoot with just a 50mm-equivalent lens on a micro-fourthirds camera, the venerable Olympus OMD. It has just been voted the Camera of the Year 2012 by DPReview and I am really proud I made the choice of buying it. I had a small window when it was available on Samys Camera at the beginning of 2012. I bit my lips and clicked the ‘buy’ button. The camera was sold out within minutes. When it arrived, I realized that the money spent was worth every cent. It is a photographer’s delight. It has all the right technologies that a photographer wants, and then some more. The ergonomics is simply brilliant. You can control the aperture and exposure with your fingers without taking the eyes off the viewfinder (I shoot in aperture priority mode) and the camera makes all the right assumptions otherwise. Mate it with the Leica 25mm lens, it is a match made in heaven. Every frame this combination throws out is delightful. I have a cupboard full of micro-fourthirds kit and ever since the OMD arrived, I haven’t touched any of them. 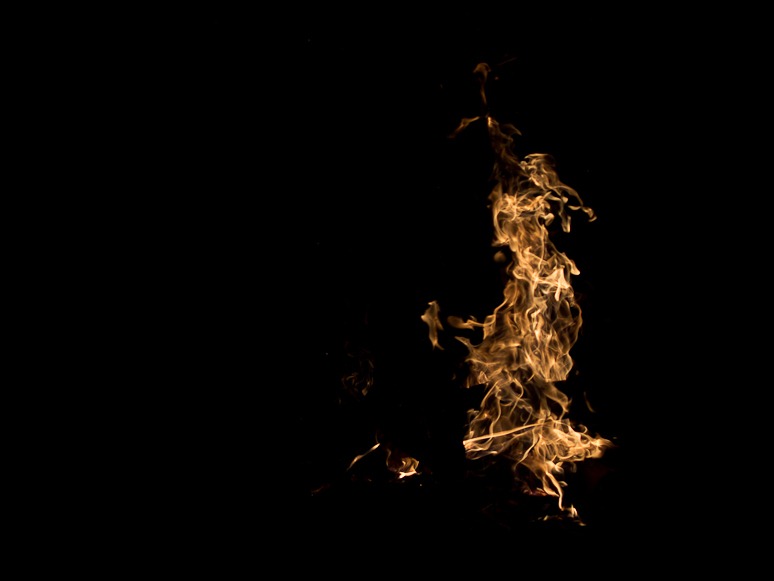 Dancing in the dark, Yercaud, December 2012

We had a small campfire to drive out the cold and unwind. I am not a compulsive party animal and dancing is not that into me. It’s not that I don’t like dance. Quite the opposite. It’s just the idea of me dancing. It’s just that I don’t have a single bone that goes the way I want to sway. I took the role of the official photographer and recorded the party for posterity. The fire in the middle of the park was as interesting as all the action around it. 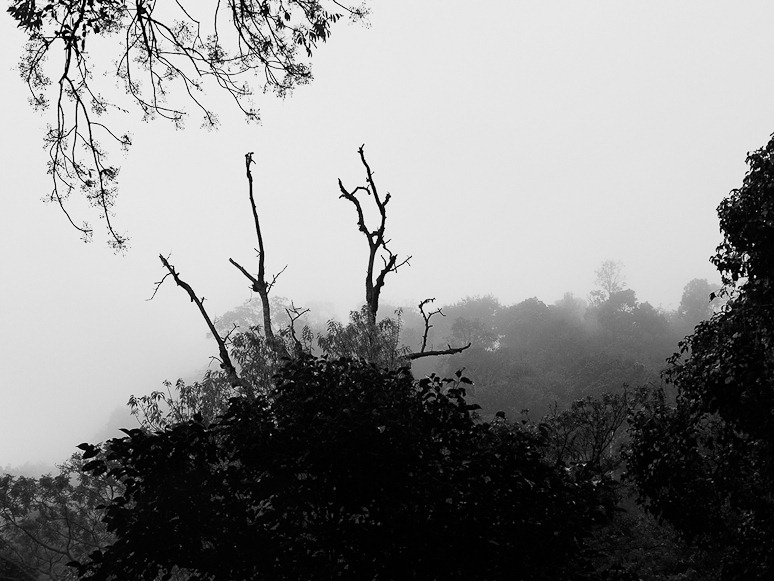 We visited the Kiliyur Falls, which is just a bucketful of water streaking through a cement pipe. The walk up the cement steps would make walking up the Notre Dame a cake walk. Each step was so steep. I found these trees trying to reach out to each other. For me it looked like the tree on top was a woman, with slender branches and a floral feel, and the tree in the bottom was a man with strong bare branches. So close, yet so far.

The photo-shoot from a technical perspective was a disaster for me. Earlier in the day, I had shot a few documentation style pics at low resolution JPEG settings. I had forgotten to change the setting back to RAW and so ended up with a set of desirable pictures (including this image) all in low resolution JPEG! It is a shame that I won’t be able to print them as large as I would have wished. 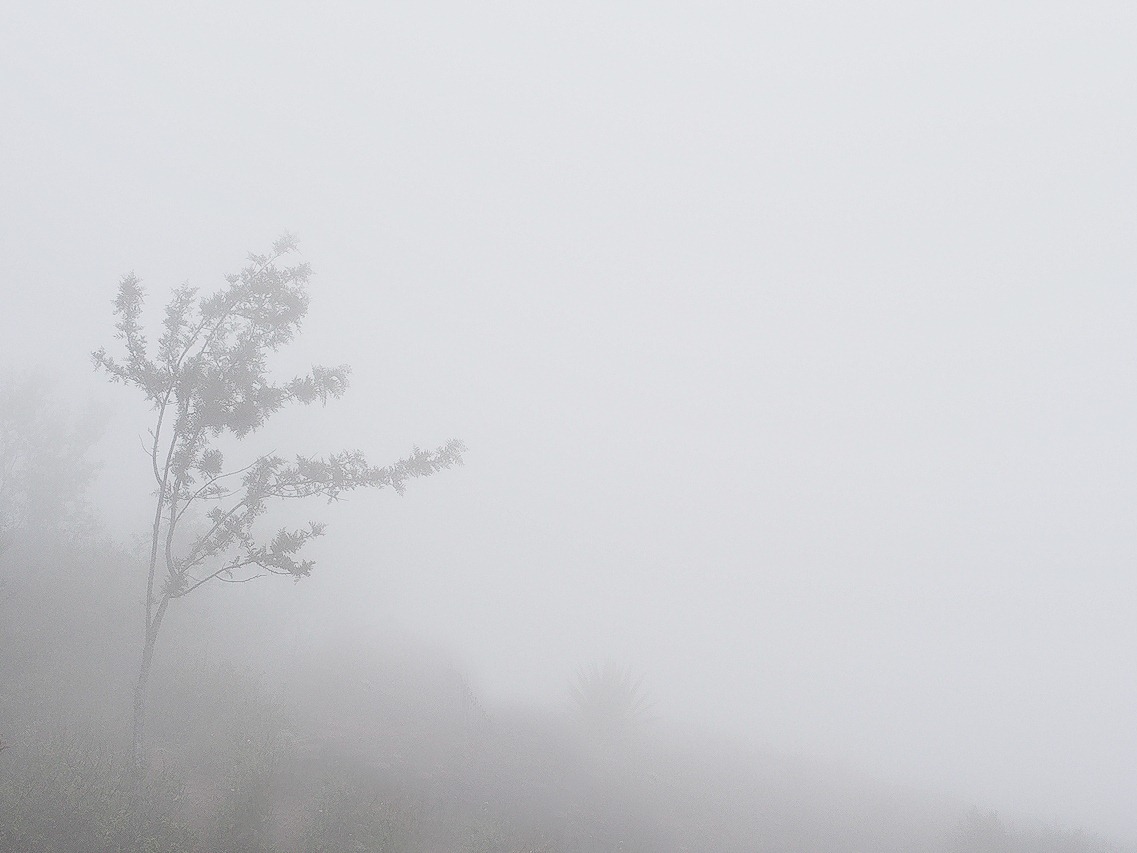 The last day of the stay was quite misty and occasionally rainy. I shot some moody images that one day I plan paint on canvas.

Overall, it was a memorable vacation. I spent a night walking around the lake late in the night at chilly temperatures. It wasn’t really late in the night, it was pretty early for the day. It was 5 am when I finished the walk. I was just in my pair of shorts and a polo and a sweater. I was listening to Lady Antebellum running almost perpetually in loop. This is one band that cannot sing anything wrong! The walk was a high point of my vacation. I started the walk cold and freezing, and by the time I finished it I was sweating with palpitations. I could feel my heart beat hard, trying to tear the rib cage and explode. I saw a cow trying to eat from a plastic bucket and the bucket stuck to its head. The cow was having a nightmare and started running amok. I was worried if it would charge straight at me. I didn’t have my camera at hand!! These are the times when you feel good as a photographer. Some of the things you see are as good carried in your heart. The experience of reviewing these images, in your mind, gets better and better as you embellish more and more every time you replay the memories.