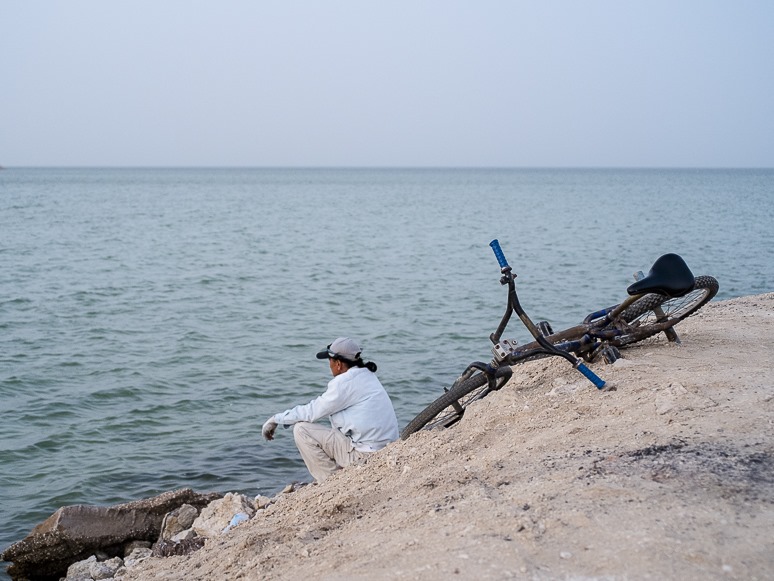 Dani works in a construction site and is allergic to cement. He angles from the shore as the Arabian gulf is deep within meters from the shore. The other day he had caught three fishes weighing over a kilo each. One was really large weighing more than two kilos. It was one of his best days angling in Qatar. Today, he didn’t have any fishes to show. He had just arrived and in the little time I spent photographing him, the fishes were not baiting. Not yet.

Dani cycles everywhere in Simaisma. This is an old bike he bought second-hand (or is it third or more?). He services it to have just the bare essential accessories to take him around. The bicycle is just a frame, two wheels, a seat, a pedal, and a handle bar. There is no carrying seat as he never takes a pillion rider. Talk of minimalism in Qatar!

Dani has done two years in Qatar and by the end of the year will be back home. His brother is living in Italy and is doing reasonably well. Someday, he is hoping to join his brother in Italy.